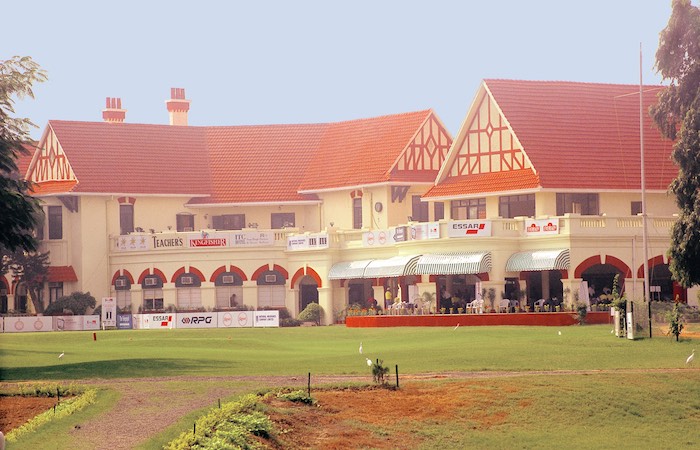 The Royal Calcutta Golf Club, established in 1829, is not only the oldest golf club in India but the oldest in the world outside Great Britain. Originally located near the Calcutta airport, the club moved to the Maidan and finally to its present location at Tollygunqe in 1910. Meant exclusively for the use of gentlemen, ladies were very reluctantly admitted to the club in 1886. In 1911 the club was honoured by King George V and Queen Mary, who conferred on it the title of ‘Royal’ to commemorate their visit to Calcutta. Much of the memorabilia connected with the history of the club is still preserved in the club house. The country over which the Royal Calcutta course is laid was originally paddy fields, and the course is consequently very flat. Successive committees have built mounds and planted thousands of trees and shrubs. But the Royal’s conspicuous features are its strategically located water tanks and natural water hazards.

The out-of-bounds boundary wall dangerously hugs the entire left flank of this hole. Greens at Royal are small by modern standards, but undulations make them tricky, and there is a little nap. From the tee the course looks deceptively easy, but its strength lies in its par fours, and to score requires good long and medium irons. The most significant are the two large tanks across the tenth fairway, the 457 yards par-4 jinx hole. From the tee, the tiger line is over the first tank and must carry all of 230 yards. The after route to the right leaves a very long second shot over the second tank, a good 100 yards wide, to a small undulating green wickedly trapped all around.