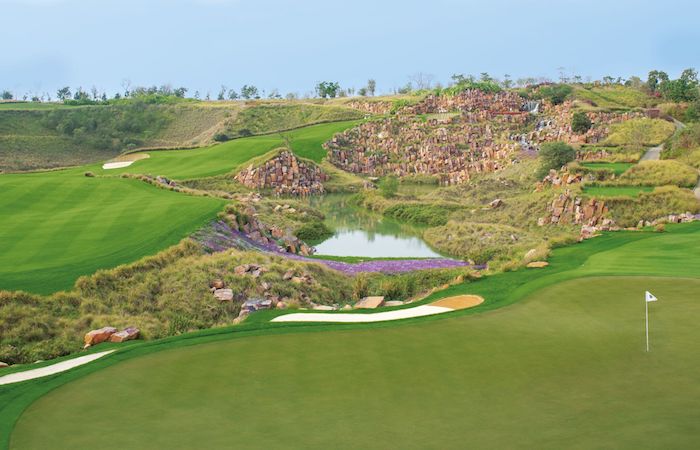 The DLF Golf and Country Club, located in DLF in Gurgaon, was opened in 1999, with the first Arnold Palmer Signature course in the country. The club featured many other firsts – the first course to offer Night Golf and the first professional Golf Academy in the country were some of them. The club offered something for the entire family – tennis, squash, swimming, aerobics and a gymnasium.

The parkland style course soon grew to host some of the most coveted golf tournaments in the region. For the first time, the Johnnie Walker Classic, Asia’s premier event, was held in India at the DLF Golf & Country Club and was a resounding success. The Arnold Palmer Course staged six editions of the Women’s Indian Open (Ladies European tour – 2007-12), three editions of the Avantha Masters (European Tour – 2010–12), the Indian Open (Asian Tour – 2009), and many other events of notable repute.

The Gary Player Course is an 18-hole, Par-72 course measuring 7654 yards from the Gold tees. This signature design was fully opened in October 2015 and is the second course at the DLF Golf & Country Club.

The Arnold Palmer Course at the DLF Golf & Country Club was opened in 1999, and is the first AP signature course in the country. The 9-hole parkland style design, is floodlit and is the first to offer Night Golf. The par-36 course.