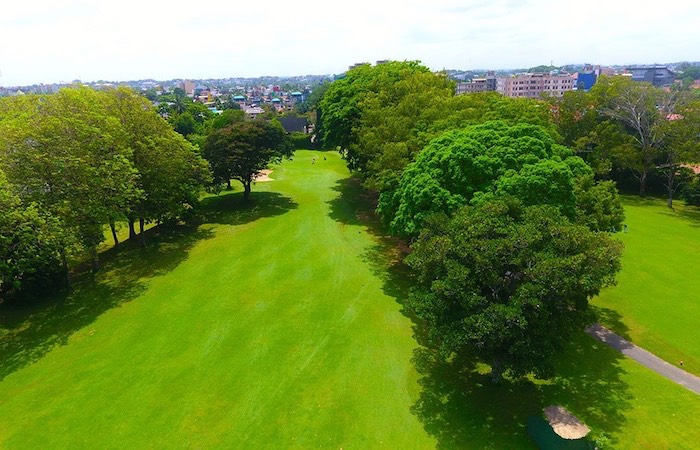 The Royal Colombo Golf Club is a leading 140 year old private members club in Sri Lanka which takes pride in being the 2nd Oldest Royal Golf Club outside the United Kingdom.

Surrounded by residential areas and business establishments, the Royal Colombo Golf Club is a sanctuary situated in the heart of Colombo.

In contrast to its surroundings, it is an exquisite and tranquil environment to relax and unwind tee off.

The History
Our history dates back to the establishment of the game of golf in Sri Lanka, and over a century of sport and sporting traditions, customs, manners and styles of the British in Ceylon. A fragment of it is to be seen in the founding of the Colombo Golf Club and its life thereafter as the Royal Colombo Golf Club. In 1879, a handful of intrepid British expatriates decided that it was time to introduce golf to a small British Colony called Ceylon. The British were recognized for their skills in organized sports and it inevitably spread throughout Ceylon. Not only golf but horse racing, polo, cricket, football, hockey and rugby were initially introduced on Galle Face Green. It was there, sharing with cricket and rugby enthusiasts on Galle Face Green, that the Royal Golf Club was inaugurated without a clubhouse or a proper golf course.

After the first year of being inaugurated, nine gentlemen met and decided it was time to elect a committee and create a set of rules to handle the affairs of the club. On the Saturday afternoon of March 13th, 1880, they met at the Colombo Club and held the first Annual General Meeting. Membership was growing fast and Galle Face Green was becoming more and more crowded, what with sharing the ground with other sports enthusiasts and the general public. Edward Aitken took the chair and R. L. M. Brown was the first Honorary Secretary. The first Chairman and Captain was W. Law and the committee consisted of W. Somerville, F. A. Fairlie and R. Webster. Sir Charles Henry de Soysa, a Ceylonese philanthropist, set up a farm named Alfred Model Farm in pursuit of creating a centre for excellence in agriculture and animal husbandry. The farm never took off and he ended up gifting the land to the colonial government. Around the same time, Sir West Ridgeway arrived in Colombo as the new British Governor of Ceylon. Being a golf enthusiast himself, the golfing community’s requests for a separate ground fell on sympathetic ears. On July 1896 the Alfred Model Farm was officially converted to the Colombo Golf Club.